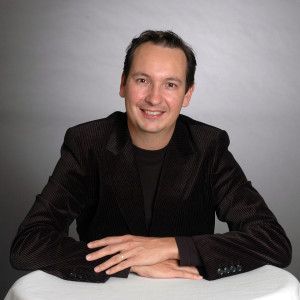 The biological effect of natural bone mineral on bone neoformation on the rabbit skull.

Abstract
The aim of this study was to evaluate the effect of deproteinized bovine bone graft material on new bone formation in a guided bone regeneration model system. In 20 rabbits, a periosteal skin flap was raised uncovering the calvaria. A form stable hemispherical dome made of poly-lactic acid (PLA) was placed onto the roughened calvaria. Prior to placement, the dome was either filled with peripheral blood alone (control group, 8 rabbits), or with blood and OsteoGraf/N-300 (test group, 12 rabbits). The wound was closed for primary healing. Morphometric assessment of 1- and 2-month undecalcified histologic specimens revealed better tissue fill in the test domes at 1 month (test 99%, control 55%) (P < 0.05) and 2 months (t, 100%; c, 82%). The fraction of the new bone within the regenerated tissue was higher in the test specimens at 1 month (t, 22%; c, 12%) (P < 0.05) and 2 months (t, 34%; c, 24%). The fraction of the entire space underneath the domes occupied by bone was higher in the test at 1 month, but higher in the controls at 2 months. The fraction of the bone substitute material in contact with bone increased from 1 month (34% +/- 14) to 2 months (45% +/- 5). The surface fraction of osteoblast layers was tendentially higher in the test at 1 month but higher in the control specimens at 2 months. In both test and control, initially woven bone was formed which underwent subsequent remodeling. Cellular degradation of the deproteinized bone graft was frequently detected. It is concluded that deproteinized bovine bone mineral has osteoconductive properties and can initially accelerate new bone formation during guided bone regeneration by increased recruitment of osteoblasts.

Objectives
The purpose of the present study was to compare the efficacy of chemomechanical caries removal (Carisolv) to conventional hand excavation in deciduous teeth.

Methods
Twenty-two freshly extracted teeth with varying degree of caries were treated using both of these methods. One part of each caries lesion was prepared using the Carisolv method and the other part using conventional hand excavation. The third (middle) part was left untreated to serve as control. Histological preparations of each tooth were then made and examined in order to compare the quality of the preparations. Length and area of residual caries, microhardness of the dentine in each group and time needed for preparation were analysed.

Results
The results showed that there was no significant difference in the amount of residual caries in the cavity walls treated using the two methods.